A mountainous ridge parallel to the coast


The mountain of Mosor has subsidiary ridges which rise more than 400 meters above sea-level. They form the most important geographical feature and divide Coastal from Central Poljica. In professional literature this ridge is most frequently called Perun, but locally this name is used only for that part of the mountain lying above Podstrana. Particular parts of the mountain above the settlements of Dugi Rat are called by the names of the individual peaks. Above the old part of Duće lies the highest peak, Zahod (594 m). The coastal ridge is stony, with limestone cliffs sharply inclined towards the south-west, where at a height of 250 to 300 meters it leans onto the flysch deposit.
The terrain is subject to erosion; the soil is loose, but somewhat held together by the vegetation. The mountain ridge has all the characteristics of bare, rugged Karst, with little loose soil in the cracks of the steeply-inclined rock. Vegetation is sparse, and consists of short grasses and consists of short grasses and evergreen shrubs, mostly aromatic. 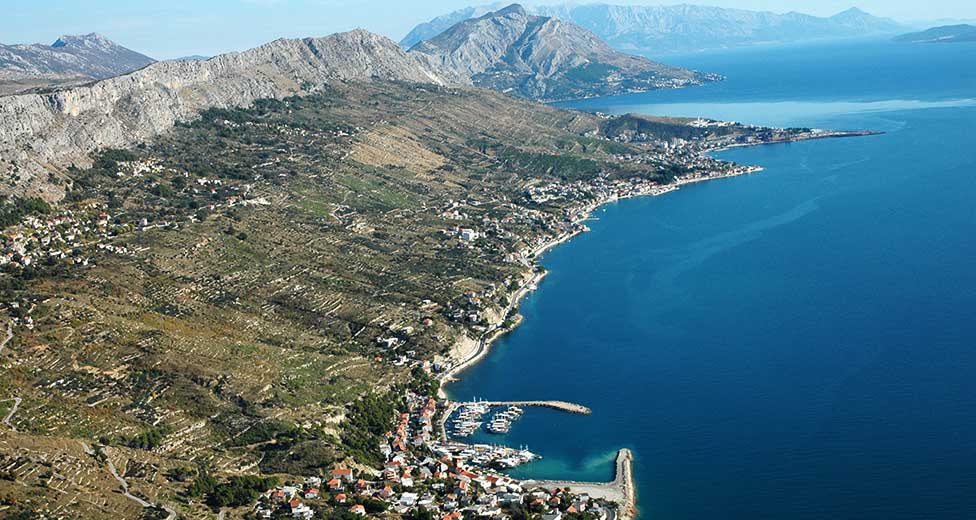 
The greater portion of the area of the Municipality consists of flysch, which is a rock agglomerate of marl, limestone, sandstone, breccia (calcite crystals) and clay.
Mechanical erosion of the flysch deposits has produced an accumulation of soil with a high carbonate content which provided the basis for agriculture in Jesenice and Duće, lying below the cliffs.
The coastal sections of Dugi Rat are not very broad, except around Orij, Dugi Rat and Luka, where the bays have been filled with flysch brought down by seasonal water-courses, and turned into sandy beaches.
The main vegetation was once oak forest, Quercus pubescens, of which only a few stunted trees now remain on the upper flysch slopes. After the middle of the 19th century, the forests were felled and almost all the mountain slopes were terraced and given over to cultivation of the vine. However, when the vine-growing started to decline early in the 20th century, the pine-tree (Pinus halepensis) became widespread and today forms the main vegetation throughout the area. Fires have destroyed a significant proportion of the pine-woods in recent years, which has caused a quickening of the natural process of erosion and soil degradation.

An alluvial part by the sea


On the coast there are four promontories: Mutogras, Krilo, Mali Rt and Dugi Rt, the latter being the most significant and marking the largest settlement in the municipality. Between the main promontories we find the smaller bays of Bajnice, Krilo, Sumpetar, Orašac and Luka.
The sandy beaches of Dugi Rat, stretching continuously for 3 km to the boundary with Omiš, have exceptional natural beauty and consist of sand brought down by the river Cetina and deposited to the west of the river mouth under the influence of marine currents. In 1989 and 1990 the whole length of this beach was widened artificially using additional sand to create a shallow bathing area 300 to 400 meters wide, its depth increasing gradually to two or three meters. The shallow sections terminate abruptly, and the true sea bottom slopes sharply downwards to the centre of the Brač Channel, at a depth of 50 to 60 meters. 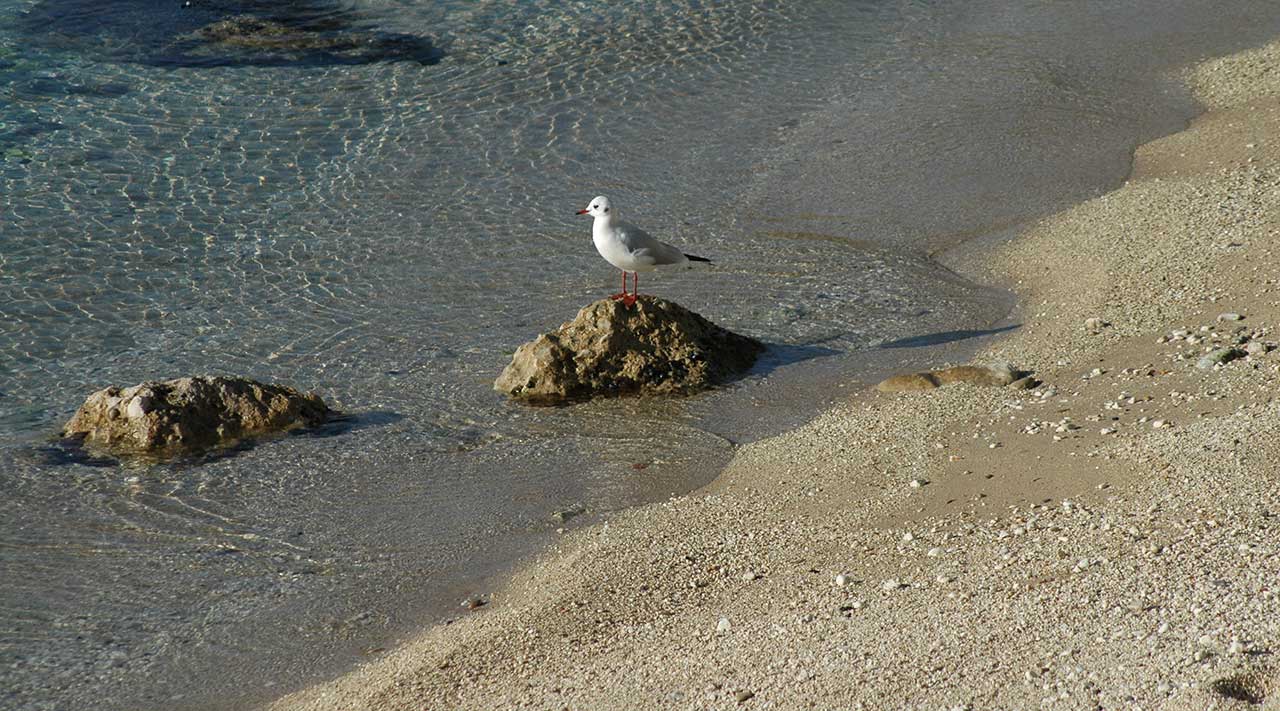 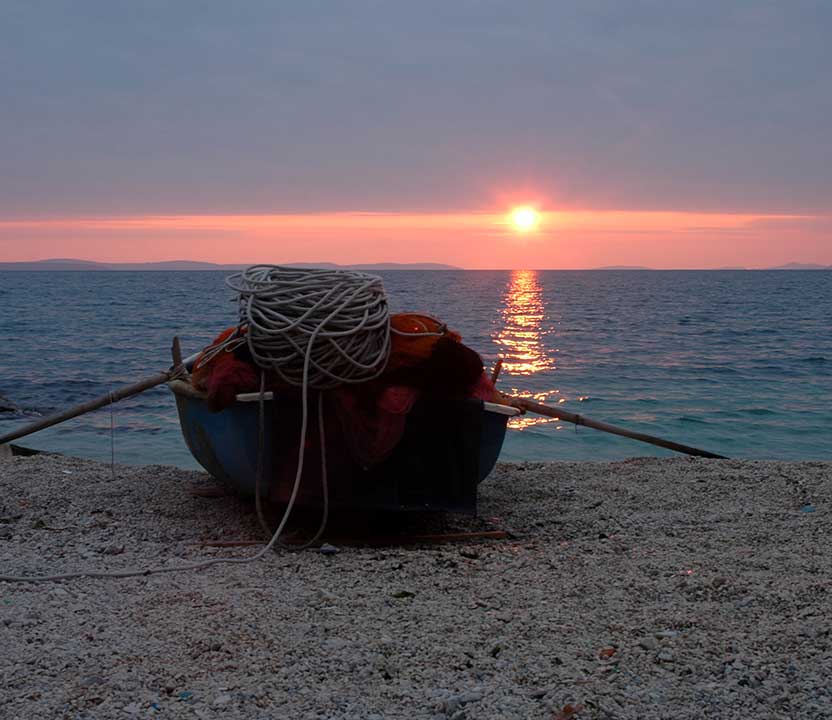 Apart from enjoying typical Mediterranean climatic features (warm, dry summers, soft and rainy winters), Dugi Rat has significant special micro-climates. The mountain ridge and the exposed slopes towards the south protect the strong, cold north-easterly winds (the ‘bura’) and for the greater part of the winter provide a milder climate than average for central Dalmatia. Only the eastern part of the Municipality as far as Glavica suffers more frequent and stronger winds which funnel through the canyon at the mouth of the Cetina from the colder hinterland. It is also more exposed to the unwelcome influence of winds from the south. However, it is protected from the occasionally heavy seas created by the strong south-westerly wind called the ‘lebić’. The diurnal wind, the maestral, also provides less freshness here than in other parts, and the night ‘burina’ wind is somewhat stronger.